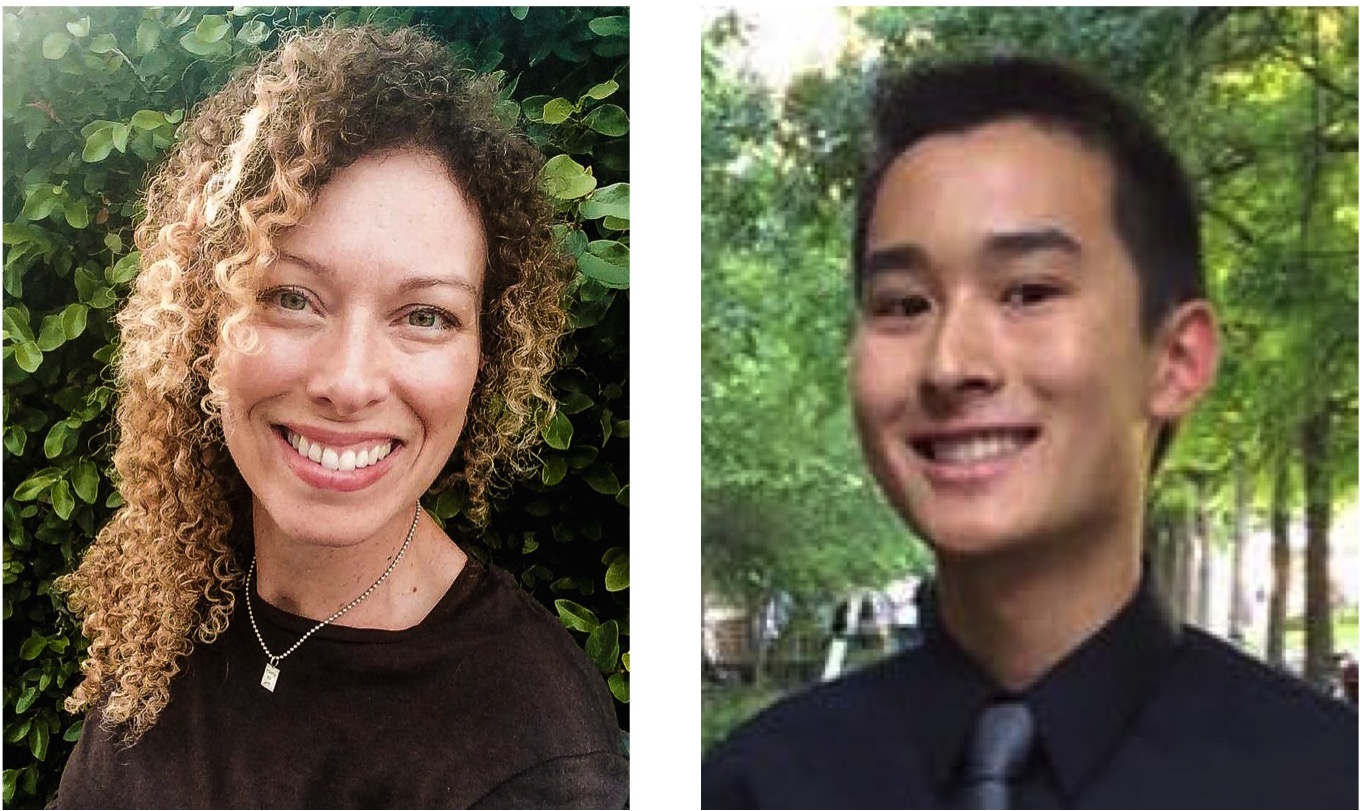 Everyday 87% of the population lives under some kind of stress.

What can we do about this?  How can we help our children and ourselves?

My expert teen guest, Brian Chao, is entering his junior year at the University of Pennsylvania. He previously attended Mira Costa High School and is from Manhattan Beach, CA. He is currently studying Cognitive Science and is very interested in pursuing a potential career in clinical psychology, experimental psychology, or mental health policy. He is currently involved in multiple mental wellness organizations at Penn.

My guest co-host, Anna Pirkl, began her journey in 2005 into the field of helping professionals as a volunteer for Free Arts for Abused Children.  She now specializes in addiction and recovery work, complex trauma, and anxiety.   She’s a Licensed Marital and Family Therapist and Registered Art Therapist.   Her overall approach is grounded in Humanistic philosophy.

Click on this link https://goo.gl/Hx92H1 to get my Amazon #1 Bestselling book titled “Your Amazing Itty Bitty™ Family Leadership Book: 15 Simple Tips Successful Companies Use That Families Can Implement At Home”

Momentum continues across America to purge the public square of symbols deemed distasteful reminders of America's past. Virginia Governor Terry McAuliffe, who formerly hailed Richmond statues as "part of our heritage," now lampoons them as "flash points for hatred, division and violence."

Protesters in the "Tear Down" movement say they are protesting past injustices. The memorials are "racist, painful reminders that must go!" They site flaws of leaders to discredit them and as an indictment of an America "needing cultural cleansing."

ESPN caved in by catapulting Robert Lee as a sportscaster due to his name. "Honest" Abe Lincoln's flaws were excavated so his 100-year-old bust was smashed, tarred and burned in Chicago. And Columbus's 225-year-old statue was smashed in Baltimore to say "Kaput!" to his "covered-up cruelties."

This is not just a "Slay the Southerners" stampede (where 75 percent of the people had no slaves).

We need your help for volunteers and donations to help in the relief efforts of Hurricane Harvey that is going to impact the Texas Gulf an din land efforts.

Interview about the efforts and programs of Operation Blessing concerning the hurricane and their expectant outcomes of the hurricane.  Please share and get others involved. 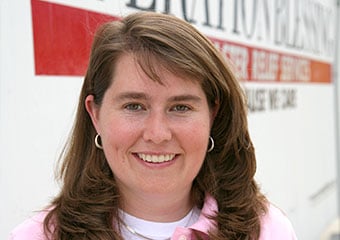 A powerful interview with Rita Springer on the new release of "Battles" and the story behind 3 of her favorite songs and a complete profile before hearing each song that she chose for you the listeners to hear and enjoy and share with others.

Missions Radio Interview with Shauna Amick of Joni and Friends

Before originally joining Joni and Friends New England as a member of the Board of Directors in 2011, Shauna had spent many years serving as a Spokesperson for CareNet Crisis Pregnancy Centers, sharing a firm belief in the value of all life. When Shauna became pregnant with her third child and it was revealed that the baby would be born with Down syndrome, a near fatal heart defect, and a slew of other genetic abnormalities, she was presented with an opportunity to prove that what she had been saying she believed was true. After her daughter’s birth, Shauna and her family were in need of support and the fellowship that can only come from others in the disability community, and they were welcomed into Joni and Friends first as family members needing help and hope. When she saw how Joni and Friends shared her passion for speaking up on behalf of those who cannot speak for themselves, she was happy to join the ministry in a professional capacity, as well. 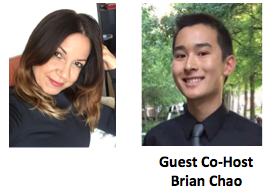 A 2008 publication by the US National Library of Medicine reports the following teen non-suicidal self injury (NSSI) statistics:

Our guest, Lisa Bahar, is a licensed marriage and family therapist, licensed professional clinical counselor and is certified as a drug and alcohol addiction counselor with the California Certification Board of Alcohol & Drug Counselors.

She is also a guest author for divorcedmoms.com and is also a contributor to many national and international news publications.  She’s located in Newport Beach and Laguna Niguel, California.

Become the LEADER you always wanted to be. Learn the skills and foundation to create a harmonious family.  Leave a multi-generational LEGACY in wealth, health & happiness for your family and loved ones.  Go to IntegrativeMinds.com and request your complimentary consultation.

Discover Joy with Evangelist Scott Camp “Journey through the Gospel of John..Ch:3″

Scott digs into the purpose and meaning of John 3:16 and the discussion with Nicodemous

This one goes deep my friends.. I pray you will share this powerful teaching with others..

Fathering 101 “Be The Dad God Wants You To Be” Session 2 “Be The Dad Who..Understands His Role” with Rev. Tony Suarez

Rev. Tony Suarez joins Greg Vaughn and I on Session 2 of Be The Dad, as we discuss Be The Dad who Understands His Role..In the family, in the community and in the church.

to be the leader of the home, as God has ordained and directed fathers and husbands to be. Yet, to do so with mercy and grace, just as our heavenly Father leads and guides us through this life.

Rev. Tony Suarez is the Executive Vice President of the National Hispanic Christian Leadership Conference and has three wonderful children of his own, that he raises as a single father after the passing of his wife back in 2016. Tony gives a powerful testimony of how God has given him the strength and the grace to become the Dad that God wants him to be and understanding that role, to its fullest capacity.

In this first we will be discussing the critical differences and consequences between an "absent" and an "abiding" Dad. Also, during the interview you will hear the personal testimony of Pastor Jaime Gonzales of Christ Fellowship Church in Mckinney. These sessions will be Co-Hosted by Greg Vaughn, the Founder/President of Grace Products and Ministries. Please share with others to help encourage them in their journey of being a Dad who abides..

"Fatherlessness" is a big problem in our communities. Over 25% of all children in the US live in a home with no father. Even when there is a Dad in the home he is often "absent", not fulfilling the role God has called him to be. The results are devastating to the family, the church and society.

Living in the Nashville area, I've had occasion to have some divine appointments with some celebrities. I interacted with Nicole Kidman and gave her my personal testimony tract, then later gave Keith Urban and her a book I wrote on Christian parenting. Ricky   A Sad Story of Carrie Underwood's Megachurch Gone Gay

Skaggs, a committed Christian, regularly engages with us in leadership gatherings.

American Idol winner and country superstar, Carrie Underwood, is someone I've not yet met, but I'd relish the opportunity to talk with her about the subject of this commentary.

Not long ago, Miss Underwood shared in an interview with The Independent the following: "Our church is gay friendly. Above all, God wanted us to love others. It's not about setting rules or everyone has to be like me. No. We're all different. That is what makes us special. We have to love each other and get along with each other. It's not up to me to judge anybody."

At the time of the interview, Carrie and her husband were attending a nondenominational Christian church in our area that changed to welcome and openly support LGBTQ adherents. Even though she was raised Baptist, she credits the church with influencing her to now publicly support gay marriage.

Jacqueline is my guest this evening as we discuss the new social media challenge Called the Blue Whale Challenge. This is a 50 step Challenge that is threatening our young people, at many levels.

Please listen in and help us share about horrific challenge.

Parent Pump Radio – “Moms. Do you want to get your Mojo back in a holistic way? (Show #43)

Using holistic methods she has successfully slowed down the spread of the vitiligo in her body and in the last few years it's begun to reverse.

Join us in our "HARMONIOUS FAMILY BLUEPRINT: The On-line 3-Month Program That Will Forever Change Your Family”.  You will learn how to create a system and foundation that will bring more harmony, happiness and excitement as well as instill boundaries, balance and values to the family unit.  Email us at Info@IntegrativeMinds.com for a private complimentary interview.

Time For A Word with Pastor Matthew Long

Comfort in the time of Crisis

Evangelist Scott Camp continues the teaching through the Gospel of John, as we begin the examination of Ch. 2 of this particular Gospel.

The depth that help the Jewish beliefs: The Law, The Land, The Temple and the signifance of the God's new kingdom That Christ came to establish.

“The mass of humanity lead lives of quiet desperation.”

Millions of Americans are in pain fighting loneliness, anxiety and depression. 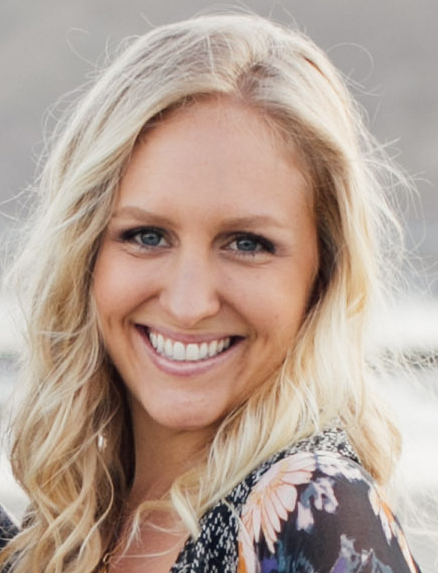 What’s the difference between food allergy and food sensitivity?

How does digestive wellness align with how you feel and who you are?

Our guest, Katherine Riley, specializes in transforming digestive health and wellness by aligning who you are with how you feel in your body. She’s the Founder of Fit and Free Lifestyle, degreed in Communication Studies with concentrations in psychology and nutrition, and certifications in Theta Healing, Hatha & Vinyasa Yoga, Barre Instruction, and Integral Leadership from the Esalen Institute.

A great insight to the 2nd chapter of John. The 6 pots of water, the blood, the wine and the purpose of Christ.

Friends, you should be sharing these with others, if your not..They will be encouraged in their walk with Christ and The Power of The Holy Spirit, as we hear this great teaching from God's infallible Word. Giving us direction purpose, peace and great Joy.

Looking back over history, there have been numerous books and articles rating our United States presidents. Various criteria are considered along with the obvious subjective element.

From the title, the reader knows whom I believe places last. From a biblically informed perspective there are 10 reasons for the unfavorable ranking. They're listed following three disclaimers.

Since Barack Obama left office, I want God's best for him and have continued praying for him and his family every day. As a 40-year board member of Intercessors for America national prayer ministry, I encourage others to do likewise.