What do you hold onto when life causes you to question God and His goodness? Listen to this podcast with Pastor Matthew as he does a study of James 1 proving that God is in fact good all the time, despite whatever the trial is you are currently facing! Be encouraged by this powerful time in the Word of God...
Share | Download

On the threshold of my 70th birthday alongside of my 50th spiritual birthday, I sing  with believers worldwide celebrating God's “Amazing Grace.”

“Through many dangers, toils and snares we have already come. T’was grace that brought us safe thus far and grace will lead us home.”

When we genuinely repent and put our total trust in Jesus Christ and His finished work on the Cross, the conversion experience supernaturally transitions us from death to life, all sins are forgiven, we’re adopted into God’s forever family, declared justified (just as if we’ve never sinned!) and are catapulted into the sanctifying process of being conformed to His Image.  He was punished so we could be pardoned and enjoy new life as born-again Christians!

In the Book of Romans, Paul’s masterpiece on salvation, he
spends 11 chapters explaining this divinely-inspired revelation. In chapter 12 he pivots, calling us to respond by presenting ourselves to God and then embrace the priority of developing a biblical worldview to experience the fullness of God’s beautiful plan for our lives.

“Don’t be conformed to this world, but be transformed by the renewing of your mind so that you may prove what is the good, acceptable and perfect will of God” (Rom. 12:2).

On today’s podcast, Pastor Matthew addresses what healthy (reasonable) church expectations look like. Have you ever wondered what you are to expect from the Pastors and what they, in turn, expect from the congregation? Tune in and turn in your Bibles to 1 Thessalonians 5; let’s all become better church members in the Body of Christ!

Here’s The Deal with Larry Tomczak ”

In 2012, Jim Turley, current president of the Boy Scouts of America, was the first member of the Executive Board to call for inviting boys struggling or identifying as homosexuals to become part of the program. Shortly thereafter, Boy Scouts executives caved to LGBTQ persistent pressure to be "gay affirming" and overhauled the over 100-year-old organization’s mission to include anyone endorsing and celebrating a lifestyle sacred scripture calls “moral impurity, degrading, shameless, indecent and unnatural” (Romans 1:24–27).

This is not bigotry - it is Bible.  It may not be politically correct but it is fidelity to God's design for men and women, marriage and family.  For those struggling with and confused with same-sex temptation, God's remedy is available to all and His grace sets those ensnared free!

As predicted, once the floodgates opened to boys wrestling with homosexual urges and openly gay troop leaders, multitudes grieved and began departing.  Now the lid is off as over 800 clients have identified 350 abusers and the Scouts confidential records, known internally as "the perversion files" are being examined. Bankruptcy is under consideration.

USA Today stated the complaint in a front page article: "It's apparent that the Boy Scouts Defendants continue to hide the true nature of the cover-up and the extent of the pedophilia epidemic within their organizations because the vast majority of new victims coming forward involve claims of abuse at the hands of pedophiles who are not yet identified by the Boy Scouts of America" (8/7/19).

Using the example of King David in Psalm 32, we see that hidden sins on earth are an open scandal in Heaven. In this program, Pastor Matthew gives us five reasons and benefits why we need to confess our sins to the Lord. Also discussed are the traits that define what ‘godly’ people are. Give this a listen and be encouraged!

This is not a prophecy but a possibility. Even when political people say they're "not interested in running," don't be fooled.

I'm an Alabama football fan. I vividly recall a moment in the 2018 National Championship game between the Crimson Tide and Georgia Bulldogs when Alabama's coach, Nick Saban, faced a big decision. Seeing his team's sputtering offense, the clock winding down and aware of what was at stake, he made a bold move by benching his star quarterback Jalen Hurts (26–2 record) and replacing him with a freshman, Tua Tagovailoa.

Catapulted into overtime, Tagovailoa engineered a stunning 41-yard TD pass to win the national championship! He was named the offensive MVP. With confetti falling during the post-game interview, he declared on nationwide television, "First of all, I want to give all the glory to my Lord and Savior Jesus Christ!"

With the 2020 presidential election underway, observers of both political parties agree that the 24 Democratic candidates are making a most disappointing splash before curious observers. Even dyed-in-the wool liberals like former Chicago mayor Rahm Emmanuel and TV talk show host Joe Scarborough admit the candidates' extremism and acrimony, even trashing Obama, are embarrassing and destroying the Democrats' quest for The White House in 2020.

Lifelong Democrats are saying, reluctantly but honestly, "The Democratic Party is no longer recognizable to me." Looming on the horizon is the very real possibility of another embarrassing defeat like those of Walter Mondale, Michael Dukakis and George McGovern.

The Democrat candidates are whining about our "horrible economy. read more

Time For A Word with Pastor Matthew Long “Prodigal: Lessons from the Older Brother”

Pastor Matthew concludes the series on #Prodigal with an understanding of why Jesus told the story and why the older brother is just as critical to the narrative as the prodigal himself! Listen to this and be encouraged! 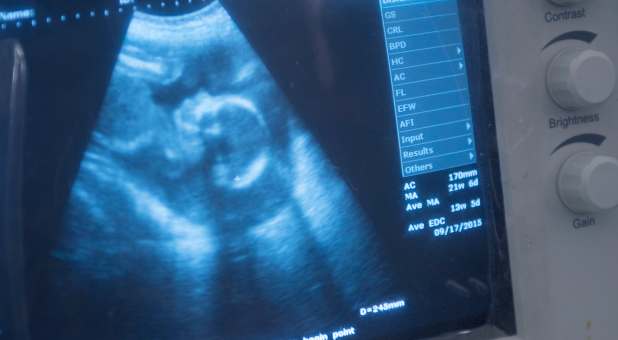 At a recent pro-abortion rally, a number of feminists huddled together wearing T-shirts declaring, "My Body. My Choice." Emblazoned on their placard were the words: "PARASITES DON'T HAVE RIGHTS."

At another rally upholding the sanctity of life, a young girl carried a sign that read: "IF MY MOM DIDN'T CARE—I MIGHT NOT BE HERE—THANKS, MOM!

Abortion is not primarily a religious or feminist issue; it is a human issue! Protecting the life of a developing baby in the womb should be the concern of every compassionate person committed to social justice.

The problem: Scores struggle to believe the tiny person forming inside mom is biological life. They say, "fetus", unaware that the Latin word refers to the humanity of preborn life not merely a blob of tissue. Ironically, they still speak of a "baby bump" or ask "When is the baby due?"

When the Supreme Court ruled on abortion in 1973, Justice Blackmun based his opinion on the practice of pre-Christian Roman law which allowed abortion. He admitted that "Greek and Roman law afforded little protection to the unborn" as well as the newly born since Roman law also permitted infanticide.

Spark of Revival with Tom Phillips “The 1st Great Awakening”

"Indifference" of the church during the founding days of this country, is a key word that could be used to describe the culture of this time.

Colonies were growing and prospering.

The church being established in the colonies was losing it's power, the power to convict men's hearts and minds. The church even grew skeptical at this time in history, in the new America.

Tom goes into great detail about the ministers of the time, such as Jonathan Edwards and many others.

join us for more episode of "Sparks of Revival" @ http://thecenterforawakening.com/

Time For A Word with Pastor Matthew Long ” Prodigal: The Lessons of the Lost Son”

Join us for Part 2 in the Prodigal series as we focus on the lost son. Lost people matter to God; the downfall and restoration of the prodigal reveals why God should matter to lost people. It is an inescapable fact that every lost person needs to realize: You need God! Listen and be encouraged!