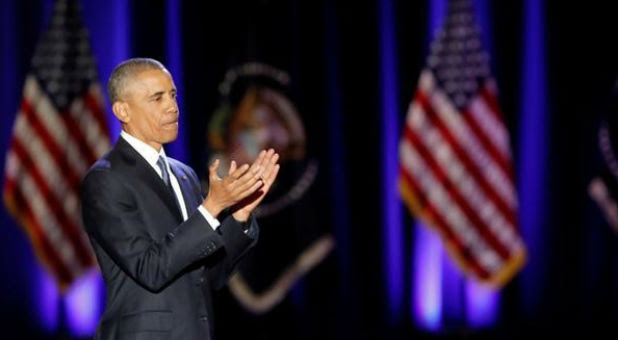 "Reach for the moon. Even if you miss, you'll land in the stars!"

These words appear on a sign outside a nearby elementary school. They apply to President Obama's presidency as he departs.

To be respectful, objective and thorough in evaluating eight years of Obama in office, this commentary is a little lengthier since a breezy, superficial treatment doesn't serve us or Mr. Obama well. Let's begin.

Barack Obama believes his presidency has been a success. Speaking recently before a sea of "standing o" supporters in Chicago, he beamed as he rehearsed what he views as his landmark achievements: Iran accord; recession "recovery"; outreach to Cuba; Bin Laden capture; ObamaCare; and, "unleashing the longest stretch of job creation in our history."

He used his rhetorical skills to also highlight climate change advances; "race relations better than they were 10, 20 or 30 years ago;" and "healthcare costs rising at the slowest rate in 50 years."

His farewell address was longer than that of Reagan, Clinton and G.W. Bush combined. He referenced himself 75 times. He tearfully concluded, assuring us that "America is a better, stronger place" igniting the throngs to shout along with him, "Yes we can! Yes we did! Yes we can!"